Directed by Aanand L Rai, Zero stars Shah Rukh Khan, Anushka Sharma and Katrina Kaif. We caught an early screening of the film. Here’s our review of the first half of the film. 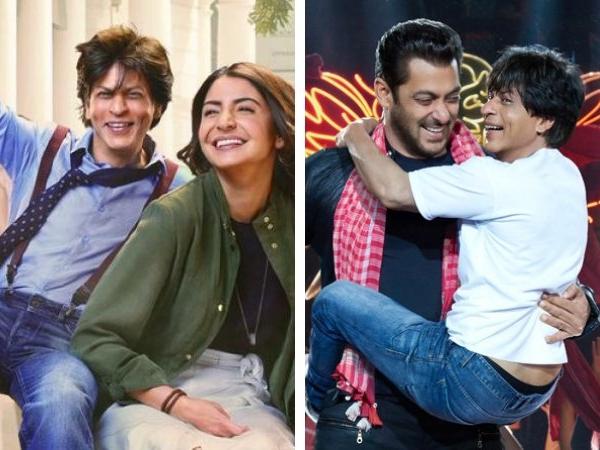 The much-waited Shah Rukh Khan, Anushka Sharma and Katrina Kaif film Zero, directed by Aanand L. Rai of Tanu Weds Manu fame is hours away from hitting theatres tomorrow morning. The film has had quite the buzz because of the fact that, SRK, for the first time, is playing a vertically-challenged man. There’s a song in the movie called Isaaqbaaz, which will feature Salman Khan and Shah Rukh together, the former has a special appearance in the film.

Fortunately, we got to attend an early screening of the film for today evening and our in-house reviewer is currently watching the film and here is his review of the first-half of zero:

“The movie starts with Shah Rukh Khan and Tigmangshu Dhulia in a western. Don’t worry, it’s just a dream sequence. And it picks up. So far, it has been fun as hell. SRK is pretty awesome as a vertically-challenged man, he’s witty and full of life while his chemistry with his friend player by Mohammed Zeeshan Ayub is flawless.

“The direction by Aanand L Rai is on point and his attention to tiny dialogues is as impressive as his previous films. However, the pace of the film is a little slow to my liking. Some scenes feel a bit like a drag. The music and score of the movie have been promising so far. Hoping the second half would be even better.”

Meanwhile, the three superstars of the film have been busy with the promotions. Zero also stars Mohammed Zeeshan Ayyub, who rose to fame with his performances in Raanjhanaa, Tanu Weds Manu Returns and more recently in Thugs of Hindostan. The actor, in an exclusive interview with Kriti Tulsani of ZoomTV.com, expressed his awe and wonder over the visual effects used in the film. (Also Read: Zero box office collection: Will Ranveer Singh’s Simmba hamper the business of Shah Rukh Khan’s film?)

“It felt like home. It’s quite a technical film, it’s a VFX-heavy film and one of the heaviest to be made in India and maybe abroad also. It’s been a completely new learning experience because, in India, it’s more about storytelling rather than the technical thing,” he said.

In terms of box-office too Zero is an extremely important film for Shah Rukh Khan. The superstar has had lukewarm results in terms box-office success with his last three films including When Harry Met Sejal and Raees. So, he needs a hit pretty desperately and the fact that Ranveer Singh’s Simmba will hit theatres just a week later is not helping matters either. Here’s hoping that the film turns out to be a big success for SRK.