Shah Rukh Khan’s daughter Suhana Khan opens up about her star crush, reveals she wants to date him 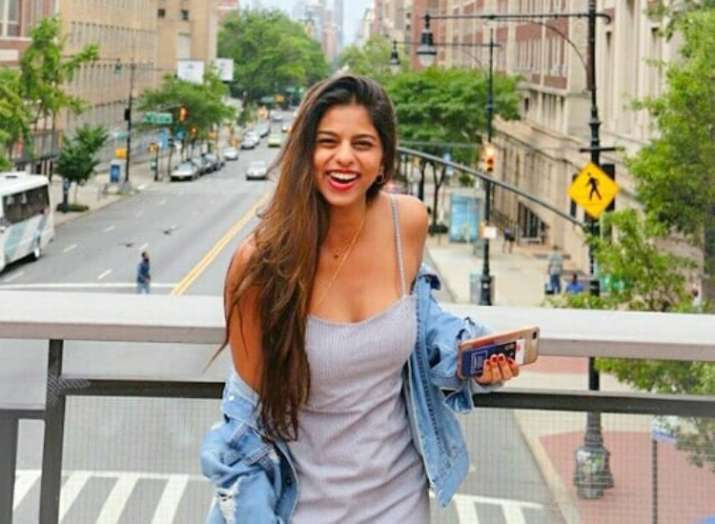 Shah Rukh Khan’s gorgeous daughter Suhana Khan hasn’t ventured into Bollywood yet but she already enjoys a huge fan base. Other than a number of fan clubs dedicated to this star kid on social media, her pictures break the internet every time. While it is a given that Suhana Khan will join the Bollywood soon after she finishes her school and learns enough about the craft, the star kid has already been featured on one of the top magazine’s cover and has gathered much praise. But before we see the beauty on the big screen, she has created quite a buzz on social media by revealing the name of the actor she would like to date.

During an Instagram chat session recently with her followers, Suhana Khan answered many questions related to her personal life and one of them was the name of the actor she likes. One of the star kid’s follower asked her “Actor you wanna date?” In no time, she replied with a picture of be the South Korean pop singer, actor, songwriter and model Kim Jun-myeon popularly known by his stage name Suho and wrote ‘him^.^’. Check out the answer here- 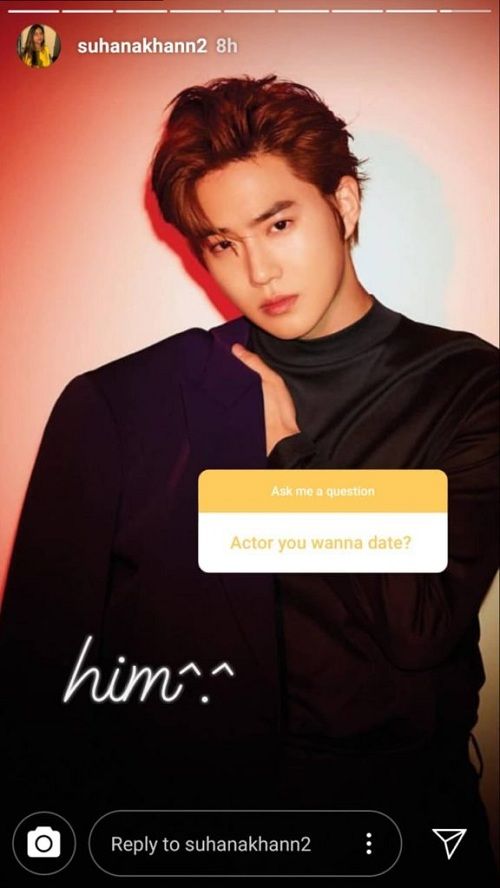 Recently, Shah Rukh Khan shared a picture on his Instagram of his two ‘sunshines’ and the internet went crazy. The doting father shared a picture of his two kids Suhana Khan and Aryan Khan, both dressed in a striking shade of yellow and have their backs towards the camera. He captioned the picture as, “This image reminds me of the Yellow Brick Road….I hope they find answers they r looking for or at least have enough questions to lead a full life….”

Shah Rukh Khan has often talked about his two kids, Suhana and Aaryan’s Bollywood debut in the interview. Earlier while promoting his film Zero, SRK told Mumbai Mirror, “Neither Aryan nor Suhana have been groomed to be actors.” SRK further claimed that while Aryan doesn’t want to act in films, Suhana does but she will have to train for a few years before she make her mark in Bollywood. He says, “she will go to an educational institute for three-four years to train in acting” after finishing school. “Gauri and I never told our kids that they have to grow up to be actors. People around would say handsome hai, tall hai, body achcha hai, but if looks were a criterion, I’d never have been an actor,” Shah Rukh continued.